In Republic of Macedonia the Aikido has been started to training and learn since 1986 under leadership of Mr. Guro Ilik 5 DAN, first in the frame of Judo Club “Pelister” in Bitola like aikido section, which later grows in Aikido Club “Pelister”. 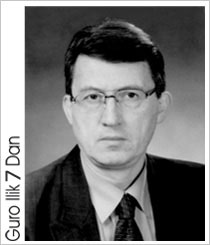 In the begging of 1996 exists the Aikido Federation of Macedonia – real aikido, with seat in Bitola.